Onto My Next 40 Years

My adventures in reading and writing

One of the best things about going to the County Fair in the summer is all the fun foods to eat.  This is my husband, niece, nephew, and myself trying the footlong corndog.  We also shared the brick of curly fries, a fried Twinkie, and a strawberry shortcake funnel cake.  Needless to say we all needed a little Pepto that night.

Cee’s Fun Foto Challenge: View From the Side

CFFC: View From the Side (Cee’s Photography)

For a few years after his death, the city of Santa Rosa, CA celebrated Charles M. Schulz by having a “Peanuts on Parade” program.  Different businesses around town would decorate or paint the chosen character and then display them for a few months before they were auctioned off to create art scholarships.  My husband and I happened to go the years Woodstock and Charlie Brown were the chosen characters.  They no longer change the characters every year, but there still 70 statues on display around town (you can download a PDF of their locations here) plus there are a few at the Schulz museum, which if you like the Peanuts cartoons, visiting the museum is a must. 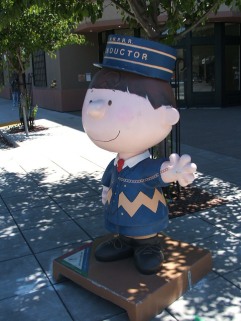 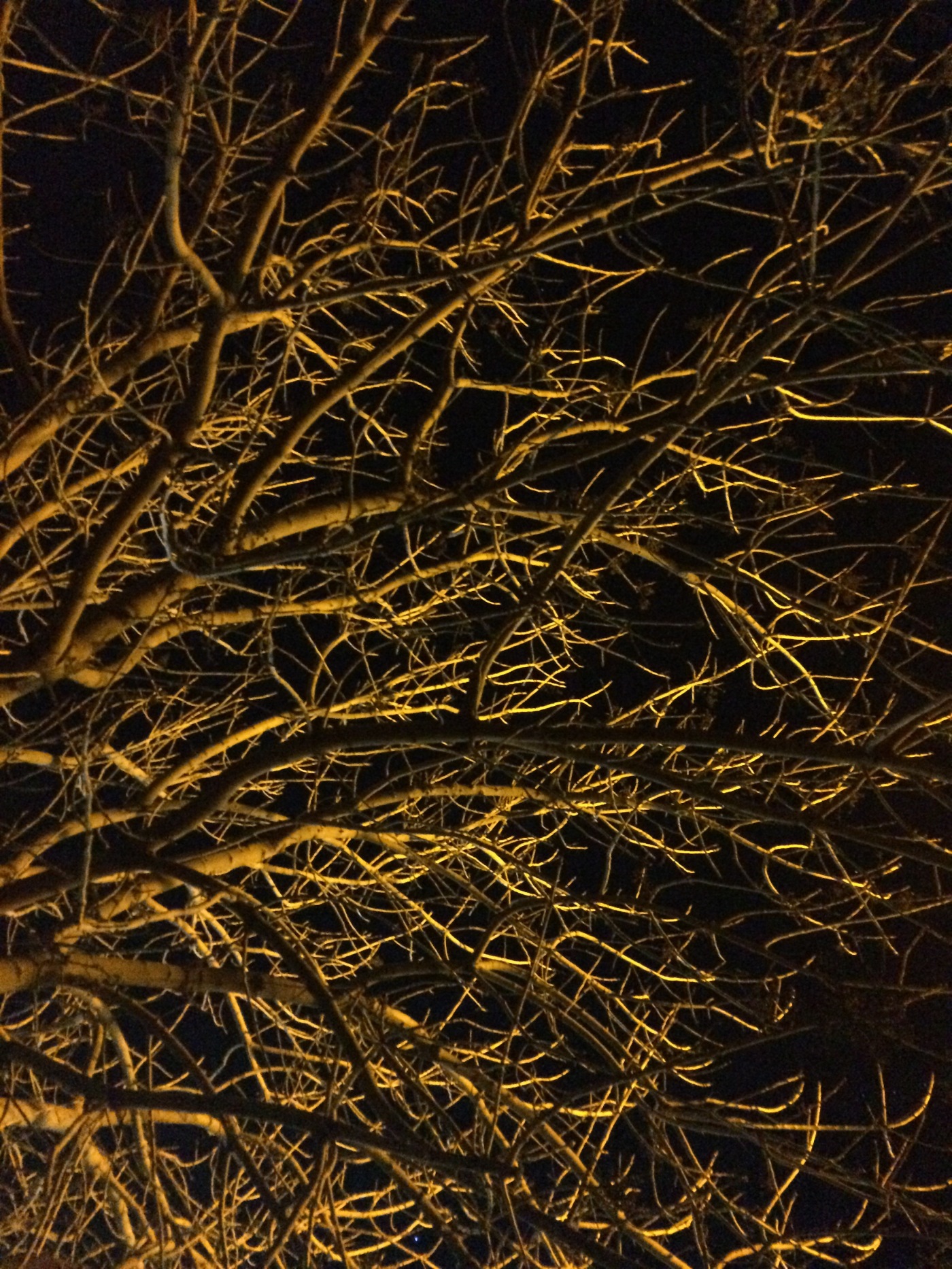 More from our trip to LA.  We didn’t go back to the Cookie Con for the second day.  Instead we checked some of the tourist spots around town.  I’ve always wanted to see the Hollywood Walk of Fame and all the celebrity hand/footprints.  The following photos are just a few of my favorites… 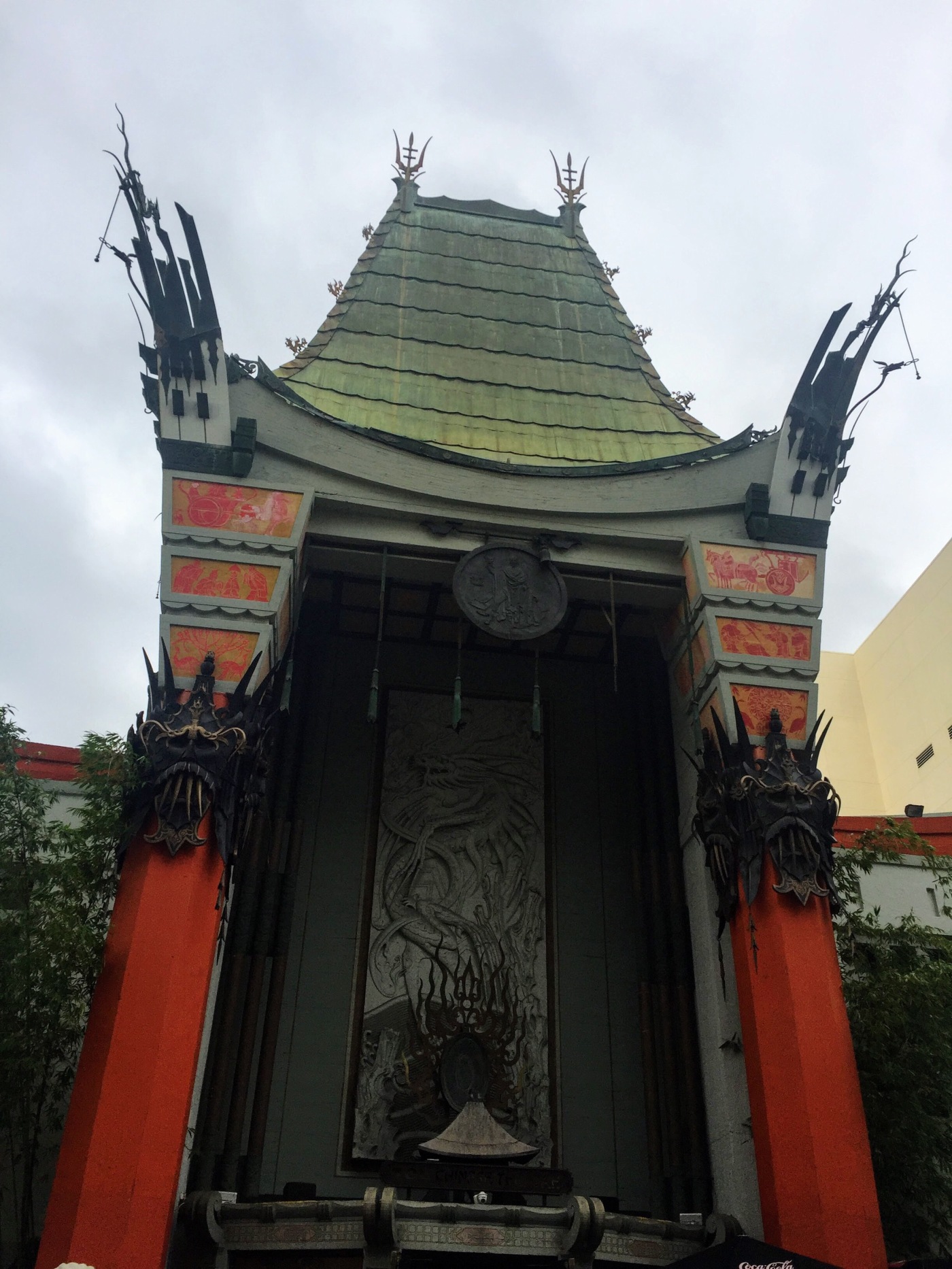 This past weekend my husband and I drove down to LA for the Cookie Convention.  Afterwards we decided to do a bit of the tourist thing since we realized we have never really looked around LA before except to go to Universal Studios or Disneyland.  Here are a few of the buildings we saw around town.

Grauman’s Chinese Theater – We walked part of the Hollywood Walk of Fame and of course we stopped to see all the celebrity hand and footprints out front.

We stopped to get some souvenirs at a little shop next to Madame Tussaud’s.  I was quick in finding what I wanted and left the mad house of a store and waited for the rest of our party outside and took a picture of the Roosevelt Hotel.  One of my friends thought it had been the hotel Whitney Houston had died in, but when I looked it up it was actually the Beverly Hilton.  I just liked the building.  It reminded me of days long past.

I caught a picture of the Capital Records on our way up to  Griffith Observatory.  I wanted to get a better picture of it, but the traffic was crazy, so I settled for the drive by shot.

It took us awhile to get up to Griffith Observatory, the sun quickly going down and the temperature dropping as we went.  Finding parking was insane, but we did manage to find a spot close to the top.  We had hoped to get a picture of the Hollywood sign, but it was too dark by the time we got up there, but I did get a picture of the building.

There were still so many more touristy things to see in LA, but another storm was coming and we didn’t want get stuck because of more road closures due to flooding.  Next time!

I take pictures with my Funko Pops whenever I can and post them to my instagram account (@redwritinghood707 if you’d like to check it out).  I also take pictures of the books I am currently reading or would like to read.  Last weekend in Half Moon Bay, my sister and I went to see the giant waves crashing on the rocks.  It was raining like crazy, but it was so beautiful.  Plus there’s just something about seeing mother nature do her thing.  In this picture is one of my favorite Funko Pops,  the 10th Doctor from Doctor Who. Getting him out there on the log was a bit of a challenge because waves were coming at us from the side, plus the sand was so wet we kept sinking, but my sister was a rock star and got him out there and even got him to stand.  The wind kept knocking him down.  Oh the things I do to take my pics sometimes.  I’m sure you all have been there right?!?  What was even more amazing were the people out on there surf boards.  We watched them through the window while we ate lunch at Sam’s Chowder House.  The rain had calmed a bit after lunch so we took some pictures.  My sister got this great pic of the wind pulling the surfer above the water.

I missed last week’s Sunday Trees because I was away for the weekend celebrating my birthday with my sister in Half Moon Bay.  It also didn’t help that my wisdom teeth decided to become infected while we were gone.  It was a beautiful rainy weekend.  Luckily neither of us isn’t afraid of a little rain.  We had a fabulous girls weekend with good food and drinks.  We visited the beach to see the crazy waves and the even crazier surfers.  Then  we walked around town window shopping for a bit before heading out to the real reason we were in Half Moon Bay, a glass blowing class, my birthday present from my sister.  I have been in love with these little glass pumpkins that I saw the first time I visited half Moon Bay many, many years ago.  They aren’t cheap, especially the one I really liked, and so I never bought one, but I admired them every time I came to town.  A few years ago I found out that there was a class where you could make your own glass pumpkin at Half Moon Bay Art Glass, but it too was expensive.  A few months later I was reading my AAA Via magazine and found a coupon for 50% off.  I took it as a sign that I was destined to take the class and finally get my pumpkin.  I was nervous going in.  I was afraid I was going to come out with a paper weight instead of a pumpkin, but we ended up with a fabulous teacher who put us at ease and I am happy to say that we each came home with a beautiful pumpkin.   They let you pick your colors for your pumpkin and stem.  In the pictures below you can see the finished products.  I chose the blue and white and my sister the emerald with spots.  Before we left the next morning we had breakfast at a local diner and on our walk back to our Inn to check out, I found this tree with the little bird house attached to it. I hope you all had a wonderful Thanksgiving for those who celebrate.  Onto another week we go.  I can’t believe this year is almost over.  It has flown by so fast.  Here are our pumpkins.

For as long as I can remember, this statue has been standing above Highway 280 in Hillsdale, CA.  I didn’t know who he was until I was an adult.  I did not go to school in the United States until 6th grade, so I missed California history which included the founding of several Missions by those spreading the Catholic word.  This statue depicts Franciscan Friar Junipero Serra.  Some call him the “Founder of California”.

Last year, I decided to finally pay a visit to the statue located at one of the rest stops along the highway.  It was a little bit of a hike to get to him, but not bad.  His view is beautiful from up there.  He himself though is a little weird as you’ll see if you click on the link.  In reading about the statue, the most interesting thing I found was the mystery of what he’s pointing at.  So far  the speculations are he’s pointing down the mission trail or at future conquests.  I remember thinking as a kid that he was pointing at the cars on the highway in judgement though what he was judging us for I never really knew.

If you ever find yourself rolling down Highway 280, stop and visit.  It’s a newly remodeled rest stop and sitting up by his statue looking out at the view is a nice place to eat a snack.